Susan Madsen: Creator of a Global Community of Women Leaders The backstories of the many high caliber women leaders in ILA’s Women and Leadership Member Community (WLC) offer valuable lessons for young women moving into leadership positions and inspire all women leaders to keep pushing, sometimes against all odds, to break the barriers that women face. This article is the sixth in a series that highlights women in the community and shares their stories of perseverance and exceptional achievement. Sketches of their personal lives also provide us a view into how high achieving women balance their work and home lives. Susan Madsen’s career has spanned the world. She has created a global community of women leaders, while promoting women’s leadership in ILA by founding the WLC and in her home state of Utah. Her inspiring story illustrates how the commitment to promoting women’s leadership has grown around the world and, again, how diverse our WLC community is.

Susan Madsen: Creator of a Global Community of Women Leaders 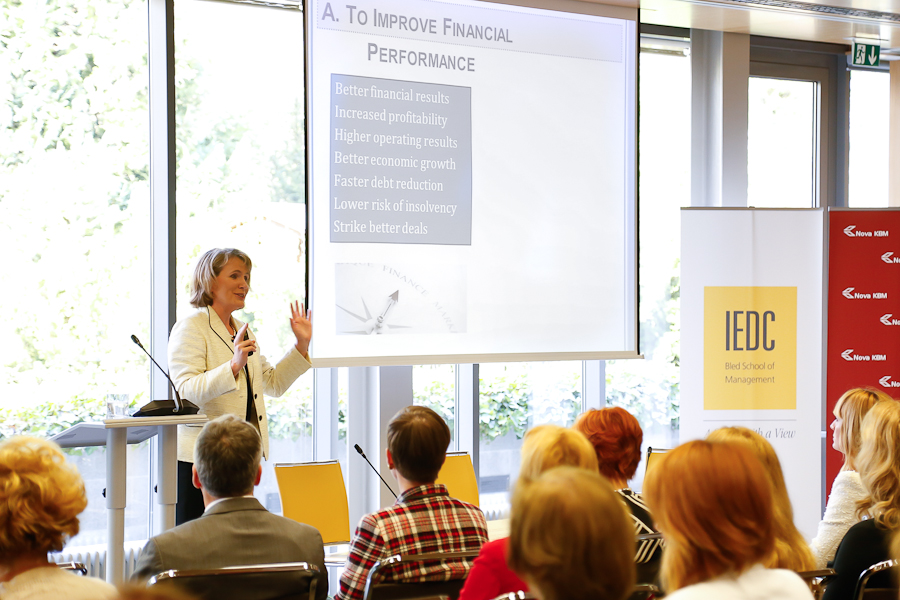 Susan Madsen, Karen Haight Huntsman Endowed Professor of Leadership in the Jon M. Huntsman School of Business at Utah State University, is a model for all women of how to keep the light shining on women leaders and their challenges, and how to build and sustain a community of women leaders around the world. Founder of ILA’s Women and Leadership Member Community (WLC – formerly the Women and Leadership Affinity Group (WLAG)), Susan has not only published hundreds of articles about women leaders, their unique leadership styles, and their efforts to be heard, but she has traveled the world interviewing women leaders in scores of countries, delivering speeches, and bringing the worldwide community of women leaders together. She has, in short, significantly advanced women’s leadership globally and has had a tremendous impact on promoting women’s leadership locally and in ILA.

Susan’s central message to society, writ large in virtually all her writing and speaking, is that “by lifting women, you also lift men and families – it is not a zero game….Lighting another’s candle doesn’t take away your heat and light, but just spreads the power.” Lifting women up through higher and post-graduate education is especially critical for advancing societies, Susan argues, because research has shown that educating women improves health outcomes and generates wellbeing. Education, she points out, “enhances life expectancy and the quality of that life. As for families, study after study shows that kids with college educated mothers have economic, academic, and health advantages over peers who do not. Again, greater education enhances individuals, families, and hence society.”

Susan’s core message to women is that thinking in terms of “and” is more fulfilling than thinking in terms of the potentially dangerous “either-or.” It is important for women to build multiple identities and follow their dreams. As she says: “…life is not all or nothing, and there can be blessings when we thoughtfully add layers to our identities. It’s those multiple identities in life that facilitate growth, engage our souls, and give life its savor.”

In Susan’s case, she added a layer to her identity when she began her PhD while she had four small children. The many layers throughout her stellar career include, among other, being involved in academic endeavors while conducting research, setting up groups and committees, traveling for speaking engagements, serving as a youth sports coach and health advisor, being a pianist-vocalist in her church and performing in concerts, appearing in local media, and promoting women in business and education.

Susan has been highly and widely recognized for her work promoting women’s leadership.

In ILA’s Women and Leadership seven-volume book series, for which Susan served as overall series editor along with Karen Longman and Faith Wambura Ngunjiri, Susan and her colleagues explored barriers and challenges to women’s leadership in various professions, domains, and countries; theories about women’s particular leadership styles; and ways to develop leaders and promote women to leadership positions. She co-edited the series’ three initial volumes, Women and Leadership in Higher Education (2014), Women as Global Leaders (2015), and Women and Leadership Around the World (2015). Other volumes include: Gender, Media, and Organization: Challenging Mis(s) Representations of Women Leaders and Managers; Theorizing Women and Leadership: New Insights and Contributions from Multiple Perspectives; Gender, Communication, and the Leadership Gap; and More Women on Boards: An International Perspective. Many of the chapters in these books support Susan’s message about the importance of lifting women up in order to lift up society, especially through education, in countries such as Afghanistan where women were prohibited from going to school under the Taliban, or in the United Arab Emirates where women in higher education have been, until recently, an anomaly.

Similar themes to those in the Women and Leadership series were explored in Susan’s edited Handbook on Research on Gender and Leadership. The volume summarizes the status of women leaders worldwide; highlights barriers and challenges to women’s leadership and approaches women employ to overcome these; and explores ways to develop more women leaders.

Susan also has devoted much of her career promoting women and girls in Utah. In 2013, she founded the Utah Women and Leadership Project, (UWLP) focused on strengthening the impact of Utah girls and women through encouraging, developing, and advancing women in leadership. UWLP has been involved in scores of events and in public research assessing the current status of women in Utah and engaging and instructing girls and women with the goal of inspiring and encouraging enhanced educational goals and leadership aspirations. Her efforts reflect her message about the importance of lifting women up in all walks of life and in all places, of developing layered identities, and not being afraid to try “to have it all.” 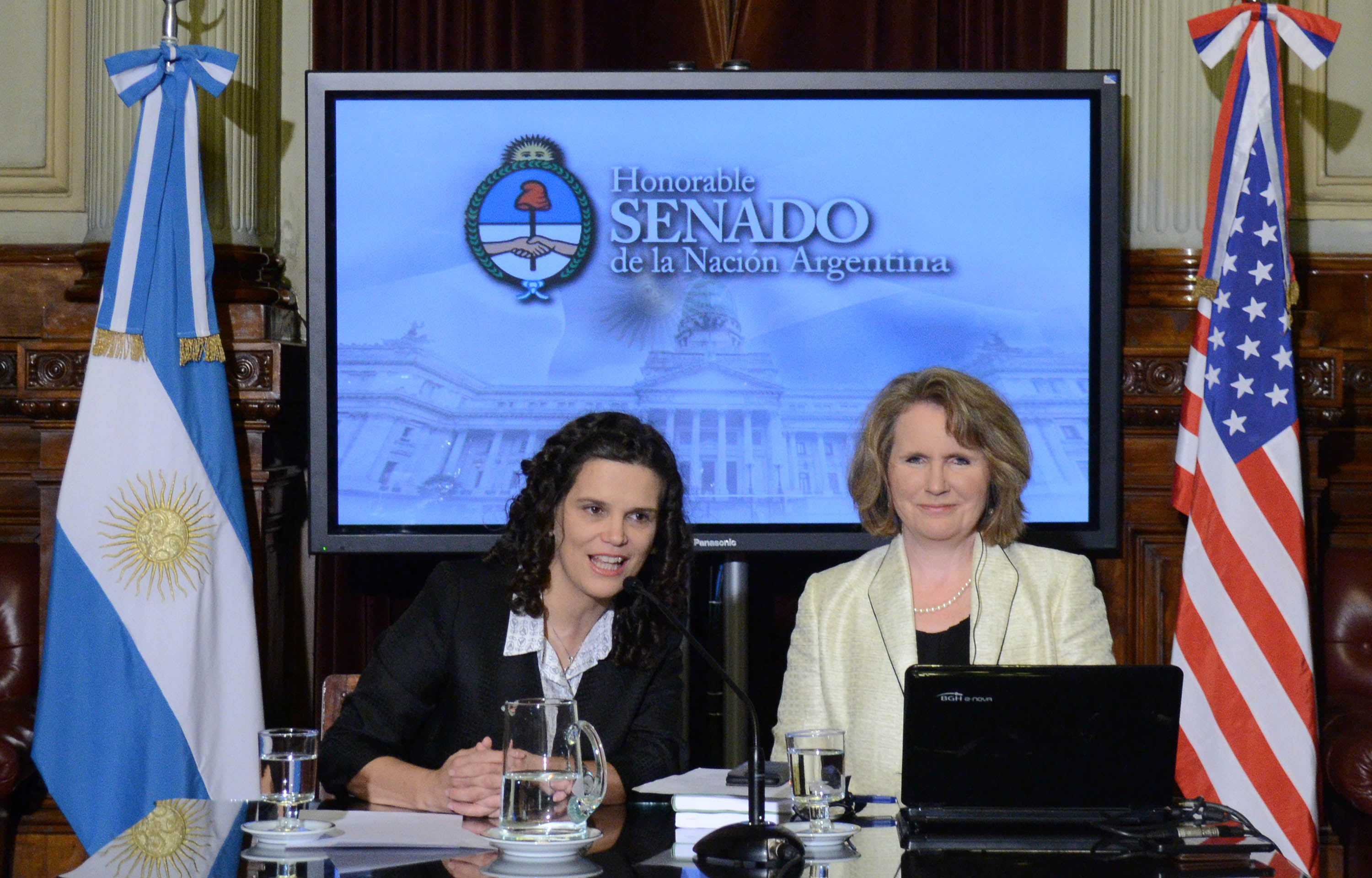 Susan is well known by many international organizations, foreign governments, women’s organizations, and universities around the world. In recent years, she has presented at Lithuania’s President’s Palace, the United Nations, and the Parliament of the United Kingdom. In addition to a host of speaking engagements in the U.S., Susan has given keynotes and/or presentations in Argentina, Slovenia, China, Korea, Croatia, Austria, England, Estonia, the Czech Republic, Australia, Costa Rica, New Zealand, Canada, Norway, Switzerland, Belgium, South Africa, and the United Arab Emirates. She is also a Visiting Fellow of the Faculty of Economics and Business at the University of Zagreb, Croatia and a former Fellow of The Leadership Trust Foundation in Ross-on-Wye, U.K.

Susan has been highly and widely recognized for her work promoting women’s leadership. WLC recognized Susan’s considerable accomplishments at the June 2019 WLC Conference at 1440 in Scott’s Valley, California by honoring her with the Outstanding Practice with Broad Impact award. This award recognizes excellence in the practice of an individual whose advocacy, commitment, or actions in support of women in leadership has influenced individuals, audiences, organizations, or broad communities. The award recipient is someone who practices leadership — from outside or from within the academic arena — with a focus on women and leadership and has benefited women in a variety of areas and arenas beyond the recipient’s local sphere, resulting in broad impact.

Besides this award, Susan most recently received: Utah Women in Higher Education Network’s 2018 Distinguished Service Award; Envision Utah’s 2017 Common Good Award; the Laura Bierema Excellence in Critical HRD Award 2017 from the Academy of Human Resource Development; the 2017 Influential Women in her 50s by the Utah Valley Magazine; and many other awards too numerous to mention extending back many years.

Susan received her doctoral degree from the University of Minnesota in Work, Community, and Family with a specialization in human resource development. In addition, she earned degrees in exercise, wellness, and speech communication education, beginning her career as a middle-school teacher. She enjoys spending time with her four adult children and her two grandchildren, who she hopes will grow up having learned the many lessons about women’s leadership that Susan has spent her career promoting.

Susan’s tradition of WLC conferences, which she led the way on with the Asilomar conference in 2013, has continued and become a regular ILA event. Earlier this year, in June 2020, WLC hosted its first live online virtual conference titled “Capacity Building, Knowledge Sharing, and Intergenerational Networking: Leading Differently.” The conference celebrated the 100-year anniversary of the ratification of the 19th amendment giving women in the U.S. the right to vote.

In the Afterward of Handbook of Gender and Leadership, Susan included a prophecy from the Elders of the Hopi nation, titled “To My Fellow Swimmers.” This poem in many ways summarizes Susan’s messages throughout her writing and speaking and is an inspirational message for all of us striving to be women leaders.

Here is a river flowing
now very fast.
It is so great and swift that there are those
Who will be afraid, who will try
To hold on to the shore.
They are being torn apart and
Will suffer greatly.
Know that the river has its destination.
The elders say we must let go of the shore,
Push off into the middle of the river,
And keep our heads above water.
And I say see who is there with you
And celebrate.
At this time in history,
We are to take nothing personally,
Least of all ourselves.
For the moment we do,
Our spiritual growth and journey come to a halt.
The time of the lone wolf is over.
Gather yourselves.
Banish the word struggle from our attitude
And vocabulary.
All that we do now must be done
In a sacred manner and in celebration.
For we are the ones we have been waiting for. Randal Joy Thompson, PhD is a scholar-practitioner with 40 years professional experience in international development, serving in countries around the world. A Fellow with the Institute for Social Innovation, Fielding Graduate University, her research focuses on the commons, gender, education, evaluation, and organization development. Her publications include Proleptic Leadership on the Commons: Ushering in a New Global Order (2020), Leadership and Power in International Development: Navigating the Intersections of Gender, Culture, Context, and Sustainability (co-edited with Julia Storberg-Walker, 2018) which won the Human Resource Development R. Wayne Pace HRD Book of the Year Award, and Reimagining Leadership on the Commons: Shifting the Paradigm for a More Ethical, Equitable and Just World (co-edited with Devin Singh and Kathleen Curran, in press, 2021).